With great sadness we report the death of Reverend Monsignor Patrick F. O’Toole, a retired senior priest of the Diocese of Brooklyn/Queens, who was in private residence in Florida. He frequently returned to New York and for nine summers (2008-2016) he would regularly visit and celebrate Masses at Our Lady Queen of Martyrs and stay at our rectory. His most recent visit was Christmas 2016, when he concelebrated Midnight Mass at our church. Monsignor O’Toole served the diocese as Pastor of Saint Cecilia (Brooklyn), Saint Patrick (Brooklyn), Saint Ann (Brooklyn), and as Parochial Vicar of Saint Kevin (Flushing) and Saint Saviour (Brooklyn). He was born on January 15, 1937 in Galway, Ireland, and ordained on June 19, 1960. In 1986, he was named Prelate of Honor to His Holiness. He died March 8, 2017, at NYU Medical Center.

Arrangements are as follows:

His burial will be in Ireland. If you wish to send condolences, please mail to his brother: Mr. Joseph O’Toole, 6 Averard, Taylor’s Hill Co., Galway, Ireland. Please pray for the repose of Msgr. O’Toole’s soul and for the consolation of his family and friends.

May he rest in the peace of Christ, the Risen Lord. 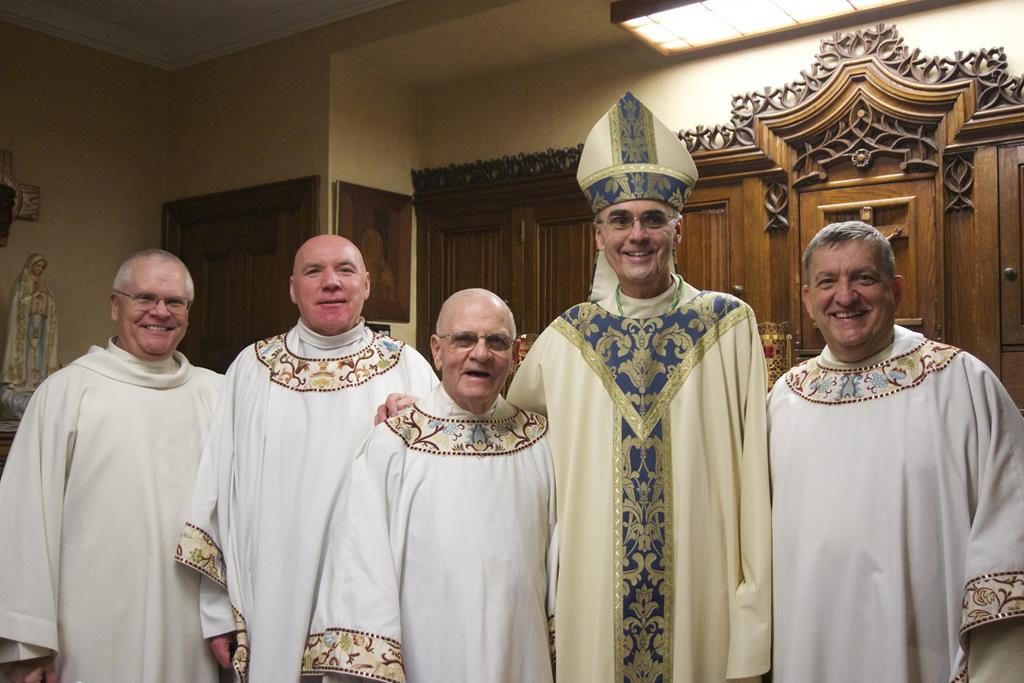 Msgr. Patrick F. O’Toole with our clergy in the sacristy before Midnight Mass, December 24, 2016