Austin Street Festival of the Arts

Father Passenant and parish volunteers gave of their time and labor to showcase the best of OLQM to the community at the ever-popular street fair in Forest Hills. Dennis Portelli of Pastoral Care and Religious Ed stopped by for time and, yes, Pope Francis in cut-out also enjoyed the afternoon with us. Volunteers we wish to thank: Ronnie McCarthy, Virgie Villadiego-Punto, Chato Morando, Denise De Maria, Steve Langowski, Robert Sorsaia, Raz de Asis and his son Christian, Mel Gagliano, Grace Lee, Richie Allen, and David Morales and his son. These volunteers variously helped with manning the table and with setup and packing up. 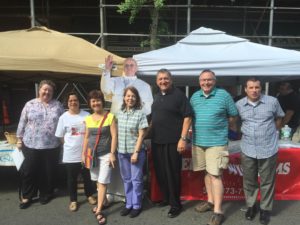 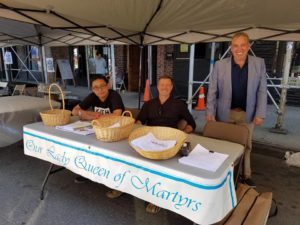 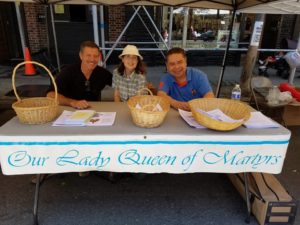